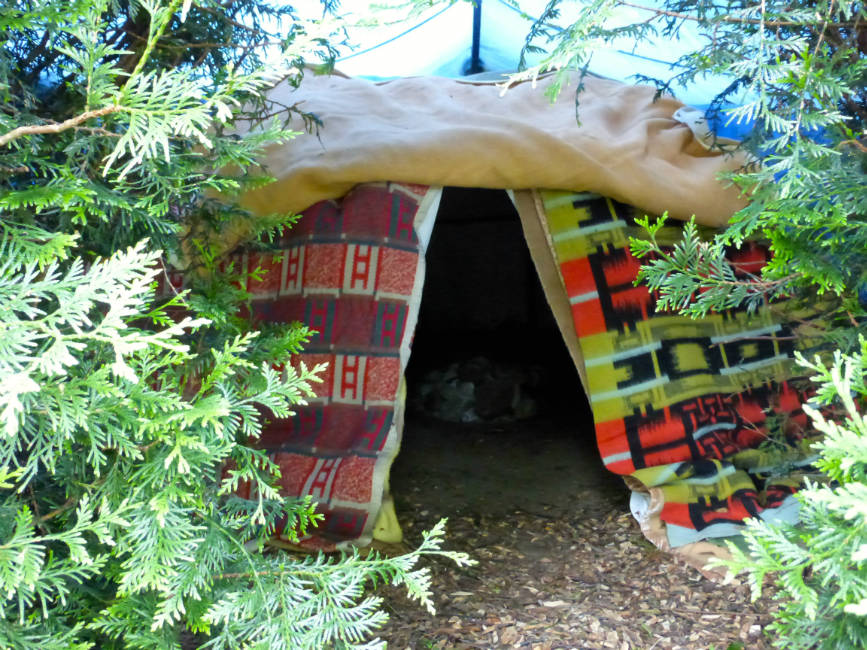 Whispering at the 7 directions
calling for Sisters, Mothers, Grandmothers, Daughters
to gather together bringing their own unique color
to restore our relationship and trust in one another

We are meeting at The Key of Life in Idegem
To celebrate and
to cocoon in the Womb of Mother Earth
supported by the Spirits of the Women of the 7 generations before us
to remember
how to celebrate together around Grandfather Fire
how to honor ourselves through the blessing of the Water of Life
how to foster our connection with Mother Earth
how to rise our vibration singing and praying with our Heart
to heal ourselves for the 7 generation of women after us
We will start the Fire at 17:00
Entering in the Temazcal around 19:00
After the Temazcal we will share a Soup and have a little sharing circle
as last blessing to bring with us home
We should be able to complete this journey between 22:00 and 23:00
Energy exchange 35 euro
more info come after registration at contact@thekeyoflife.be
for the ones are new to the experience isee below, there is a little introduction to the ritual and myself
Looking forward to meet you
with joy and gratitude
Mukta

The Sweat lodge originally has been used all over the world as a Sacred Healing Ceremony of Purification to prepare the participants for a further ceremony or to reconnect them with the wisdom of the ancestors, the 4 elements, to release toxins on a mental, emotional, physical, spiritual level and to relax the senses. The Sacred Fire representing the male principle (the Sun) warm up the Stones which represent the Ancient Memories (our Ancestors, the seed of counsciousness), when they become incandescent they are introduced in four rounds ( four directions, four elements) in the Lodge which represent the female principle (the womb of Mother Earth). Aromatic medicinal plants to blessed the Stones, Water of Life that produce the hot steam once poured on the stones, prayers and medicine songs accompany this ceremonial of purification in the total darkness of the Lodge, helping us to remember who we truly are and where we come from. To become the best version of ourselves 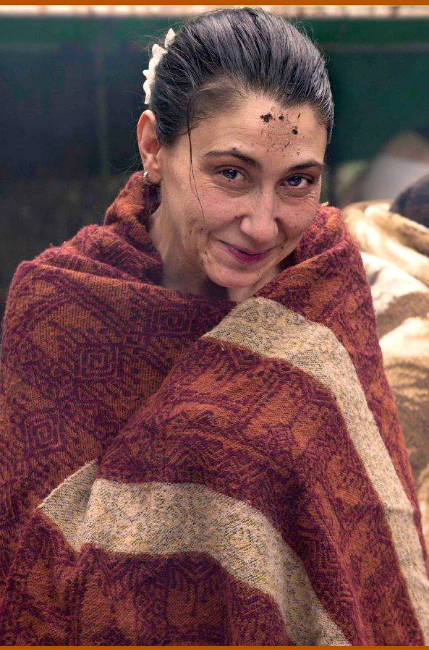 Facilitator
Mukta Shilki Pakarina is born in Italy in the 1971 and considers herself a citizen of the world. Soul in a human body experience, seeker of truth, Tai Chi Chuan Yang style teacher (since 2004), Rebirther (since 2006), Vision Quester (since 2009), Sannyasin (Osho disciple since 2009), Joint Release practitioner (since 2011), Chanupa carrier (since 2018), Temazcalera FSI (since 2019).
Crafter, artist, story teller, traveller, singer, dancer, friend, Sister, lover of Nature.
Since 1995 she focuses her attention on: introspection, transformation of emotional blocks, research of tools that allows her to grow as a human that expresses her own potential. Her dedication goes to finding ways to support others to develop themselves. Since 2004 she attend to Sweatlodge of Lakota traditions and from 2015 Temazcales of Fuego Sagrado of Itzachilatlan tradions

Since 2006 she shares her experience with the circular connected and continuous breathing (Rebirthing) offering individual sessions and since 2009 workshops and a one year course. Her experience is enriched by shamanic encounters in Guatemala, Siberia, Brazil and since 2002 the annual European Rainbow Gathering. Since 2015 she is working with Association Fuoco Sacro, guided by Satiago Andrade Leon, Medicine man from Ecuador of the Fuego Sagrado of Itzachilatlan. She became Chanupa carrier in August 2018 and temazcalera (sweatlodge facilitator) in August 2019.
Her knowledge has been empowered by several experiences with medicinal plants, the participations in Native American Indians ceremonies (Star Dance, Sun Dance), Family Constellations groups, Osho active meditations and Primal (deconditioning of the childhood), Reiki initiations (1st&2nd level), Trance Dance, Course of macrobiotica (vegetarian since 1996 with an experience of 4 years as veganist), Transcendental Meditation, 10 days Vipassana Meditation, Circle of Women, music and devotional chanting (mantra and medicine songs). Her way to approach people is with respect of the individual time of growing, to awaken the self healer in everyone.
She knows that she is just a tool, everyone is the only responsable to become the Master of his/her own life.